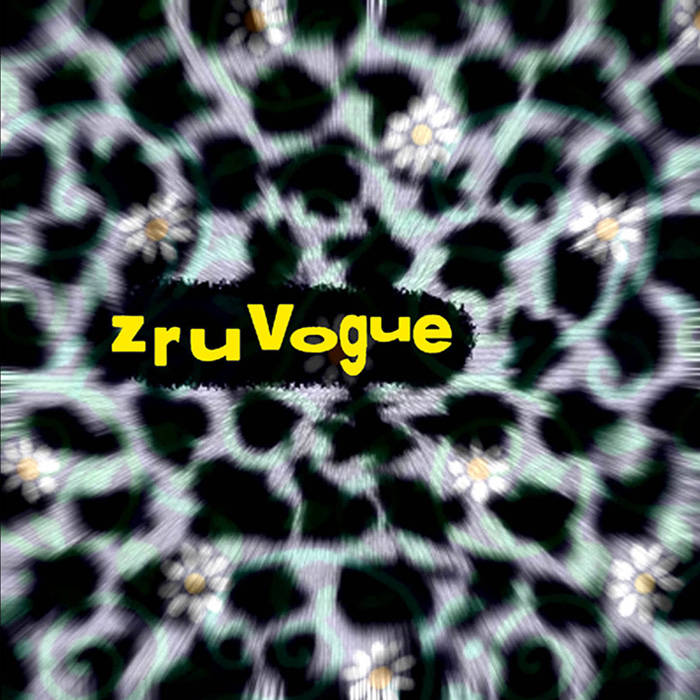 An electro-organic hybrid of experimental rock & electronica that mood-swings through densely-layered atmospheres and textures, from funky to dreamy, making many stops between.

Founding Zru Vogue members Andrew Jackson and Max Tyrell created this unusual album as a "blind collaboration" — each of them working in his own studio, manipulating tracks, and sending mixes back and forth from Los Angeles to San Francisco, neither one knowing what the other was doing.

This free-form creativity led to curious and unexpected results; the 10 tracks that emerged from their creative collaboration (as the album "Unlimited Enjoyment Instant Gratification") never fails to amaze and amuse.

Andrew Jackson on making the CD: "We each composed new music, not knowing what the other was doing, exchanged DATs, and discovered a remarkable continuity in the sound. Then we continued the process, trading DATs back and forth between Max's studio in the Los Angeles hills and Andrew's studio in Silicon Valley. We added to, deconstructed, and reworked the music, using the double-edged creative sword of intuition and intention, not ever knowing what the other was doing, so that the results were always surprising and unexpected."

"Some of the tracks evolved into songs, while others remained instrumental. Some were reworked more than others. After a few months of this, we had more than enough music for a full length CD. It was time to compile some final mixes, design a cover, and put it all together."

"We even collaborated on the cover art and design. The CD got its name from a headline clipped from a magazine that fell out of an envelope that I had mailed to Max with one of the Digital Audio Tape mixes; another random element that we interpreted as serendipity."

"Throughout the project, we conjured and captured the Spirit of The Zru as we knew it. We learned that The Zru cannot be tamed. It can only be captured for a time, before it is released again into the wild."